Statistics show that 15-20% of Americans have cheated on their spouse at some time in their marriage.  A lot of unhappy people, why shouldn’t there be a branch of behavioral therapy that tries to facilitate the process and maybe minimize the damage. Who knows, these restless souls might get it out of their systems, and ultimately, everyone lives happily ever after. So no heavy objects thrown or families laid waste, Motel Providence by Derek Frey has a couch all set up, and for your viewing pleasure, what could possibly go wrong?

The healing takes place at a seedy roadside establishment, where it looks like a read of the guest list would include quite a few Mr and Mrs Smiths. There appears to be no shame in the work either 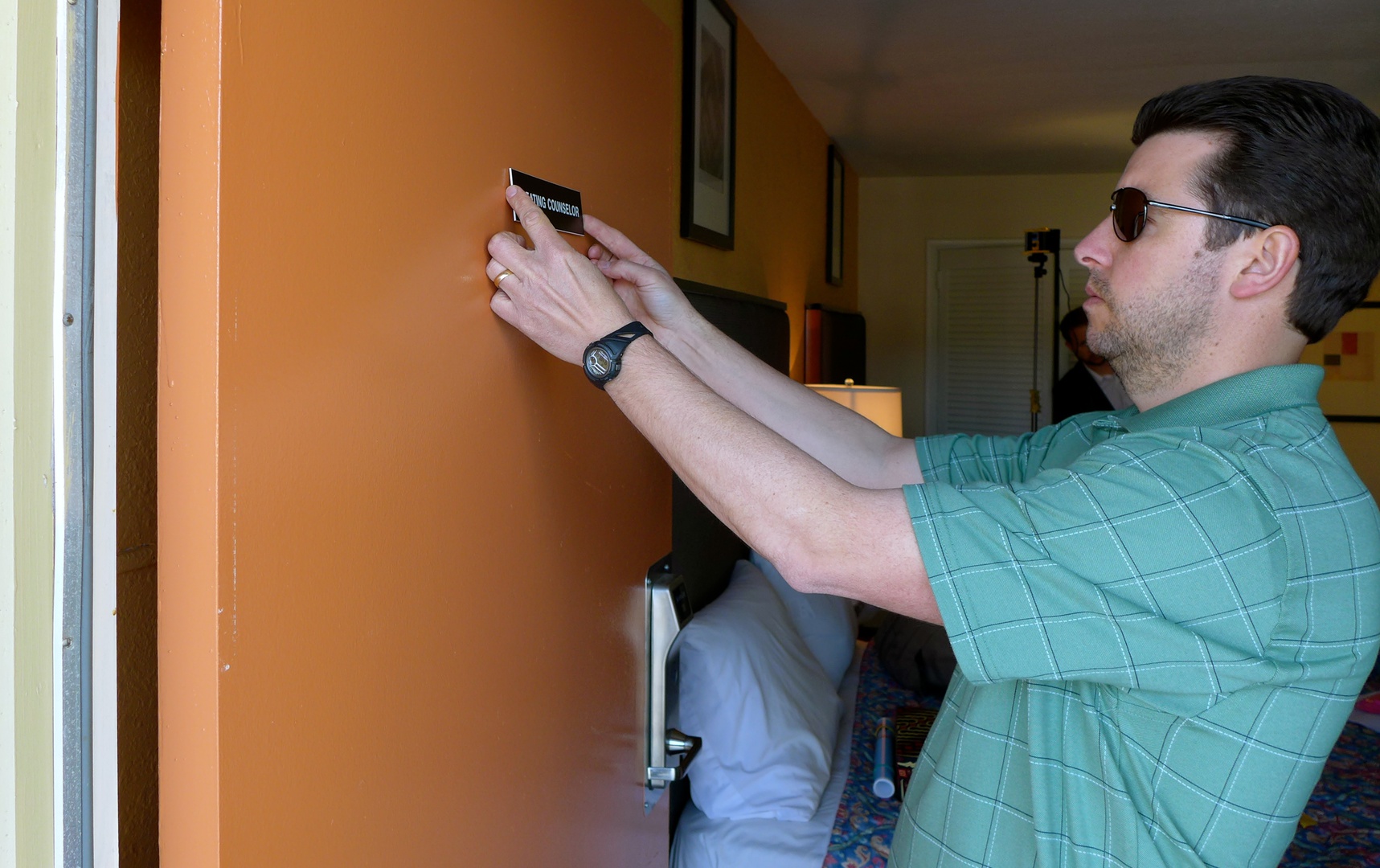 The number 5 room is clearly labeled as “Cheating Counselor” and inside the professional fields an incoming call without missing a beat. “Look, I’m with a client right now, I’ll see you in a little bit,” the Cheating Counselor (Steve Kuzmick) assures.

The interruption passing due, the client succinctly lays out his feelings. “I want to cheat but I don’t know how,” Gil Damon completely legitimizes the suffering.

In accordance, the therapist’s matter of fact intervention reinforces the possibilities of establishing a new branch in the field of behavioral science. He methodically takes his client through the scenarios as though they were dealing with a pressure filled job interview or the stress of their mother-in-law’s next visit.

The same goes for the cinematographic framing by Frey. The shot is cropped closely like we feel in the reassuring solitude of a session, and thus, the overall tone of normalcy sets the comedic stage when the actual intervention goes off the rails. 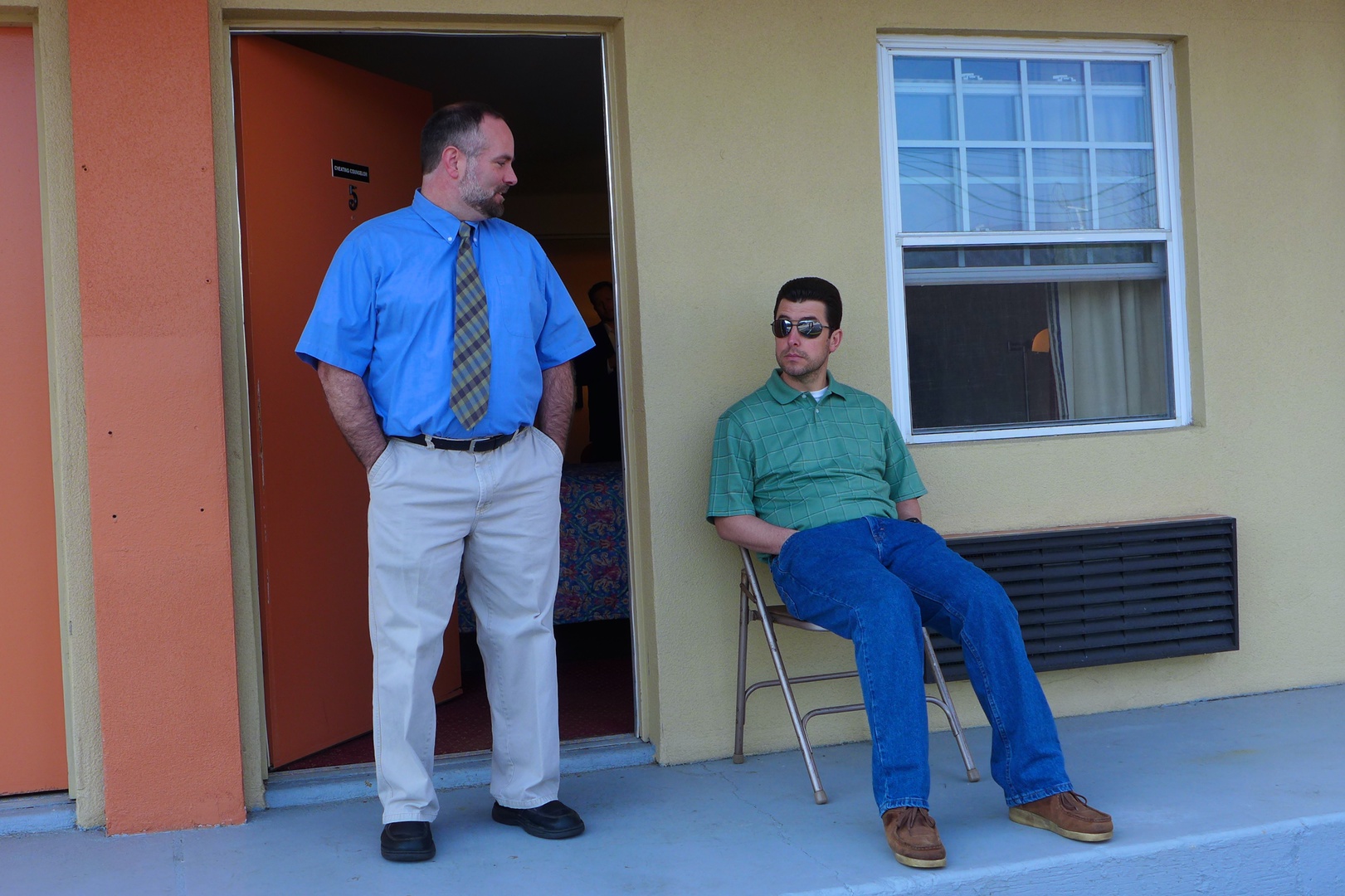 In turn, the two parties don’t even realize how decadent a course they’ve set in motion. In this, Kuzmick masterfully conveys the satisfaction of another happy customer upon session’s end, and Damon exits with the glee of someone who has finally found himself.

Obviously things must then go awry, and Client Two (David Amadio) throws the wrinkle. The married man seeks help in hopes of getting the Cheating Counselor to derail the urge to be unfaithful. So true his profession, the counselor upholds his job description and keeps the slow burn comedy on track.  “I’m afraid you’ve come to the wrong place, my job is to talk you into it.”

Kuzmick doesn’t ’carry a hint of duplicity, and done so well, the viewer willingly allows the professionalism and sleaze to coexist to the point of hilarity. Client Two doesn’t let the Cheating Counselor off the hook, though, and brings the potential carnage of each case home in a very personal way. 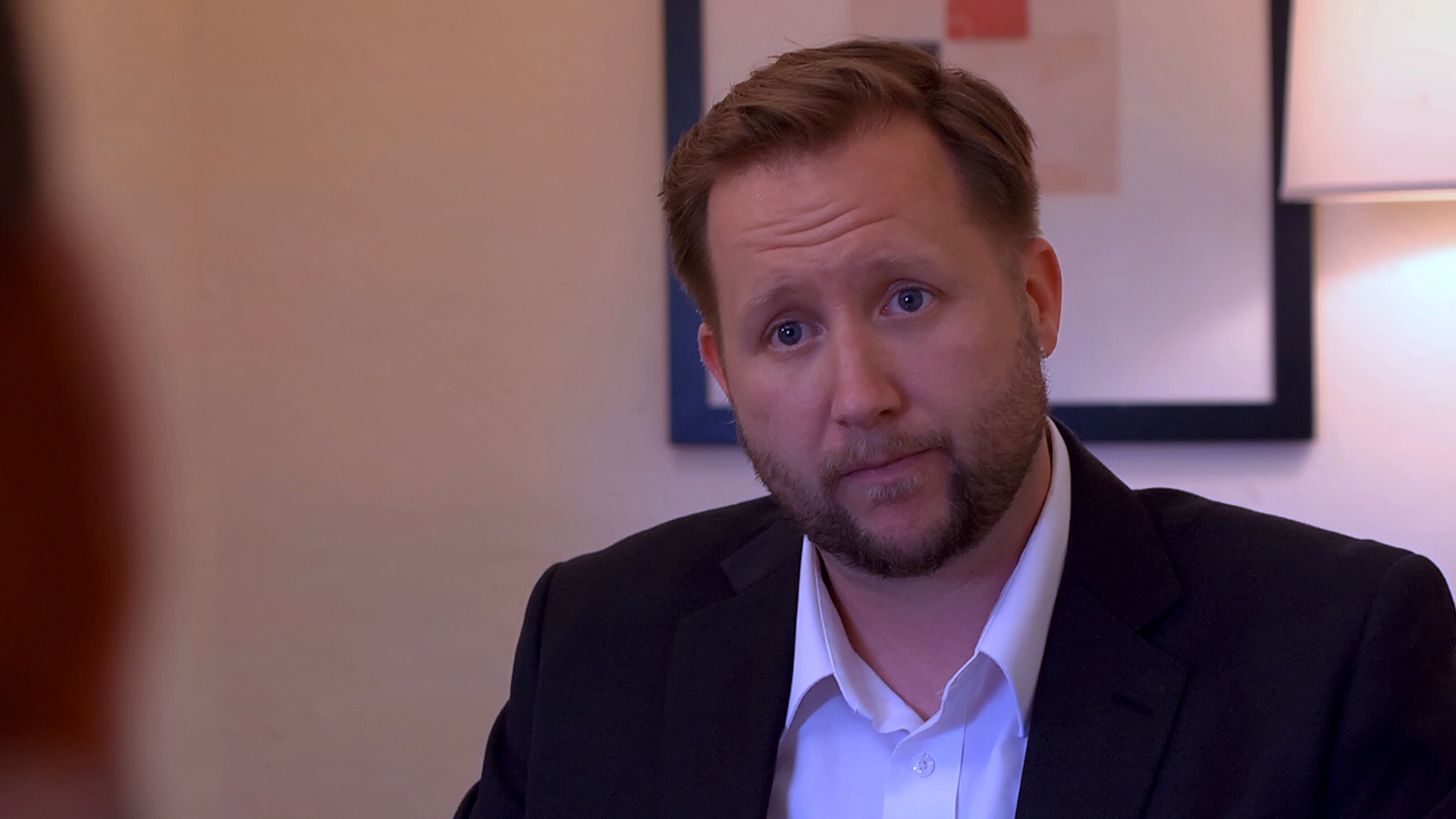 The Counselor suddenly has his professional ethics go out the window, and he becomes one of us.  Defensive, angry and while holding his ground, the Cheating Counselor requires all his muster to not be moved to violence. He may just be persuaded to see the error of his ways, but thankfully, the therapist didn’t go to college for nothing.

He gathers himself, remembers the degrees on the wall and stays the course.  As it turns out, nothing can go wrong, so let’s hear it for The Cheating Counselor and the hope he brings.

Rich Monetti was born in the Bronx and grew up in Somers, New York. He went onto study Computer Science and Math at Plattsburgh State. But after about a decade in the field, he discovered that writing was his real passion. He’s been a freelancer since 2003 and is always looking for the next story. Rich also dabbles with screenwriting and stays active by playing softball and volleyball.